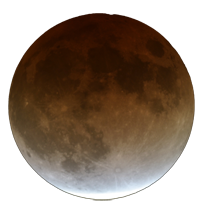 Each time we do that trip she now asks “are we going to the moon?” and we make the story a little richer. Today we named the forest, which makes up the middle part of the drive, the “Moon Trees”. One day I’ll write it all down.

So, that brings me to what I am doing now. Or perhaps I should quickly summarise how I got here.

Until August 2010 I had worked for 15 years for a UK based ISP-turned-b2b-carrier. That seems a long time to be in one place written like that, but in reality it started as a small firm working hard to make a living. I joined early and, I like to think, I grew up with the company. My role changed as the company’s size and direction changed, but always with something in common: Make stuff work. Make it work better, if possible. Fix stuff when it breaks. That attitude has held me in good stead until earlier this year when, as part of a big shakeup (read: cost savings to make the firm more attractive to a buyer) “they” decided that my broad-based skill set, however good, was too far outside the tunnel-shaped vision large enterprise tends to develop. It was a shock to me at first (as it was to many) but I later took it as the kick in the backside I needed to move on. It was time.

So, what to do next? Initially of course I looked at getting another job. I gave my CV/Resume a brief dusting and put out some feelers and even did some consulting work for a friend who had a client in need of enterprise network-savvy hands. But 15 years is a long time and my head was too wrapped up with what I had achieved, could no longer achieve and how much of it was going to be undone. I had invested myself in those 15 years and I was in no mental shape to look at a new situation until I had shaken off that history, that baggage. A job would be just that, a job, whereas I still felt like I wanted to commit to something – not least I really enjoyed the respect I had earned and how much that enabled me to get things done. Going in fresh to some established place was not a prospect I liked, nor was the pay cut that was inevitable if I found a lovable startup. I may later go job hunting… but not yet. I needed a change.

So, what to do next? Well, I had a decent settlement, decent savings and Tara (my wife) has a full-time decent-paying job, so I wasn’t too worried about income (though it does actively bother me). I was toying with ideas when Apple reminded me my developer membership would need renewing in a few months. I had signed up a couple of years ago intending to have a fiddle with App development but didn’t really get round to it. So I thought “why not?” and decided to give that a go for a while. Apple users tend to have a higher than average disposable income, a predisposition to spend it on shiny things and by all accounts the App store was currently the most popular mobile application platform – particularly when you consider paid-for Apps.

The first hurdle, after cleaning up my desk to find the long-buried Mac Mini that was under there somewhere, was getting to grips with Objective-C, Xcode and such, never having done much more than tweak some sample code on the Mac. I approached this in my usual style: Overstate the problem and buy lots of books, many of which I would never open. Once I realised that Obj-C was really a layer of stuff on the top of ANSI C I was much happier. I started to have the feeling that I had strayed from the path of software development that I had been following until I jumped fence into networking. Darwin, the system that underlies MacOS X, is a BSD derivative – largely FreeBSD – and I was once a FreeBSD kernel contributor. It was like coming home.

So, what to code first? One of Tara’s colleagues had been bugging me for ages to write an App that would tell him where in the world it was five o’clock in the afternoon, ostensibly so he could have an excuse to open a drink to toast said location. For wont of another reasonably straightforward but not-trivial suggestion, I dived in. A month later, 5somewhere appeared on the App store. I did not, and still do not, expect this app to be a source of income, though it has made me a little – and I do mean little. The point was to gain familiarity with the environment and the App store process and in that goal it succeeded. 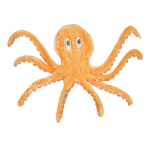 O is for Octopus

Next up… many years ago Tara wrote, or I should say painted and drew, a children-focussed book titled ABC of the Sea containing hand-drawn pictures of 26 extraordinarily cute ocean critters and she wondered how hard it would be to turn it into an electronic book, perhaps for the iPad. Well, doing just that was easy. What I am doing instead is developing a page-managing-page-curling-sprite-animating engine that will do it in style, and then I can try to make an income from the library. I’ll be posting about that in due course.

I’m half way through that exercise and I quite like the results so far. It’s probably a month or so from being complete – a point I am impatient to get to. Meanwhile, I’ve been looking at merchandising the project (the critters are that cute) and possibly even self-publishing the book (some of those on-demand printers can distribute via Amazon.com and others these days!) all of which have been a nice diversion from worrying about the long term prospects.

I have a number of other ideas on the TODO list including some ideas for iOS based bio-informatics, a generic file-syncing library (that space is a bit fragmented right now), some games and so on. I’m busy. It might be an income source one day, but right now I have plenty of time before I need worry about that.

And, of course, at some point, I must write down how to find the moon.

1 thought on “How to find the moon”